Parks and Gardens of New York: 7 Places for Full RelaxationPosted by Lily BOn May 13, 2019 New York is a wonderful city that many tourists aspire to. It’s beautiful and gorgeous and is considered to be one of the most beautiful cities in the world. There are all conditions for modern life and the best rest.

Parks in New York take a separate place – there are an incredible number of them. Each park is beautiful in its own way, and has its distinctive peculiarity. In any of the parks, you can take a break from the noisy city bustle. You will walk through the green squares, eat delicious food and enjoy the incredible beauty of nature. A visit to all New York parks is hardly possible in a short period of time, but if you plan to travel by car from AVR van rental, you can check out the most famous ones in one day. What’s more, car GPS navigator will greatly simplify your search, which will save your time. 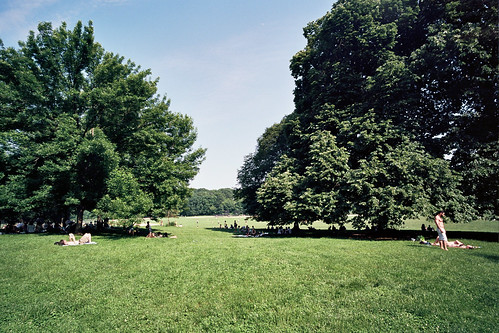 Prospect Park is a huge public park located in Brooklyn – its total area is 2.1 square kilometers. Many years ago the site of the park was occupied by a stone blockage, and a glacier, where battles with the British troops for the independence of the United States were held.

The architects Frederick Olmsted and Calvert Vaux, famous at that time, developed a plan for the reconstruction of Prospect Park.

Thanks to their efforts, the park now has the largest lawn in the USA called Long Meadow, the historic home of the former owners – Litchfield Villa, as well as the zoo, lake, botanical garden, sports facilities, basketball courts, baseball fields and much more. 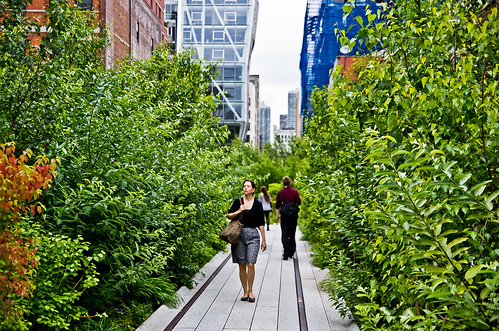 The High-Line is an unusual garden park in New York, which was created on a section of an abandoned railway line. This is a truly unique place, where you can rest in the evening or in the afternoon, and also look at the surrounding landscapes of the city. In particular, you can see the famous spire of the Empire State Building. On Christmas and New Year’s days, the park is decorated with colorful lights and fantastic illumination.

Another park’s feature is that 9 entrances are designed for convenience for people with disabilities. 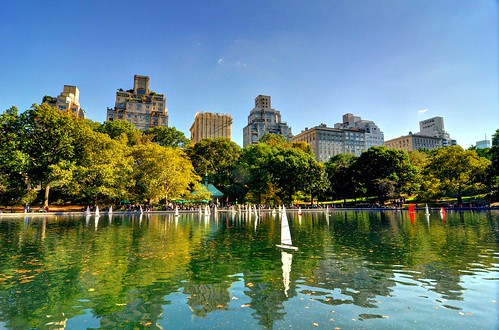 Central Park can rightfully be considered the brilliant architectural masterpiece of New York. Every year its territory receives more than 25 million people. This is the place where every second resident of the city happens at least once a day.

This green island of tranquility in hectic Manhattan is the world famous natural destination, and now it’s difficult to imagine that it once experienced periods of desolation. By the middle of the XIX century the farms and shacks of the poor were located on the site of the park. The city grew and expanded, so the residents needed a place where they could relax without leaving the city limits.

If you pay attention to the entrances to the park, then each of them is assigned a separate name. The architects had the choice to call the entrance groups the names of great people or states, but they opted for the professions of ordinary people, thereby paying tribute to the people who participated in the construction of the park. So, in the park there are gates of Scientists, Artists, Artisans, Farmers, Hunters, Miners, Foresters, Engineers, Inventors and others.

On the territory there’s a zoo, which is open 365 days a year, an outdoor skating rink, Belvedere Castle, standing above the Turtle Pond and many other attractions that are never empty, even in winter.

Before Christmas, the park is decorated very solemnly, so if you are lucky to visit New York these days, be sure to take a walk there. The park keeps many interesting and secret places. 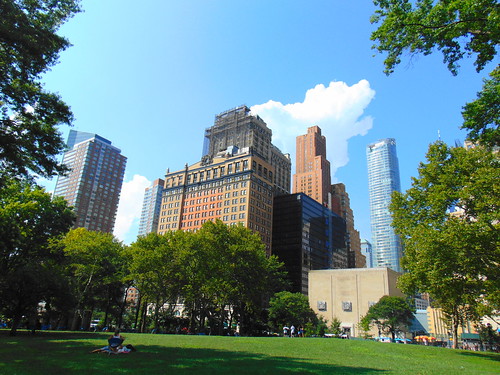 Battery Park is a public park located on the southern end of Manhattan. This is a green oasis between the open water space of the New York Harbor and the skyscrapers of the financial districts.

This is a relatively new city park, which is interesting for its beautiful views of the water, the Statue of Liberty and New Jersey. Battery Park is not as crowded as Central or Prospect Park, thus you can visit it if you want to enjoy the silence.

The park is especially beautiful in the evening, during sunset, when the sun gradually descends beyond the horizon, and neighboring New Jersey is lit up with thousands of lights. The park received its name from the artillery battery, which was located in the southern part of Manhattan to protect the city from attacks.

In memory of those times, Castle Clinton – a former military fort built in 1808 is placed on the edge of the park. 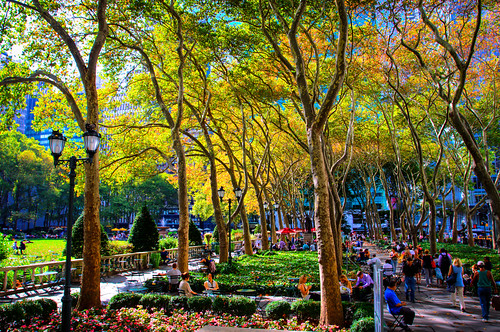 Bryant Park is considered to be the most beautiful and cozy place in Manhattan. It’s situated just behind the city public library building between the famous 42th Street and 5th Avenue.

As in the case of other parks, at one time Bryant Park experienced a decline, and only thanks to the initiative group of citizens it was possible to breathe new life to the park.

Bryant Park became the first place in New York to offer its visitors free Wi-Fi Internet access, which later turned to all other green zones with great enthusiasm.

In the summer, concerts and fashion shows are held in the park, and sports events and an ice rink are available in winter.